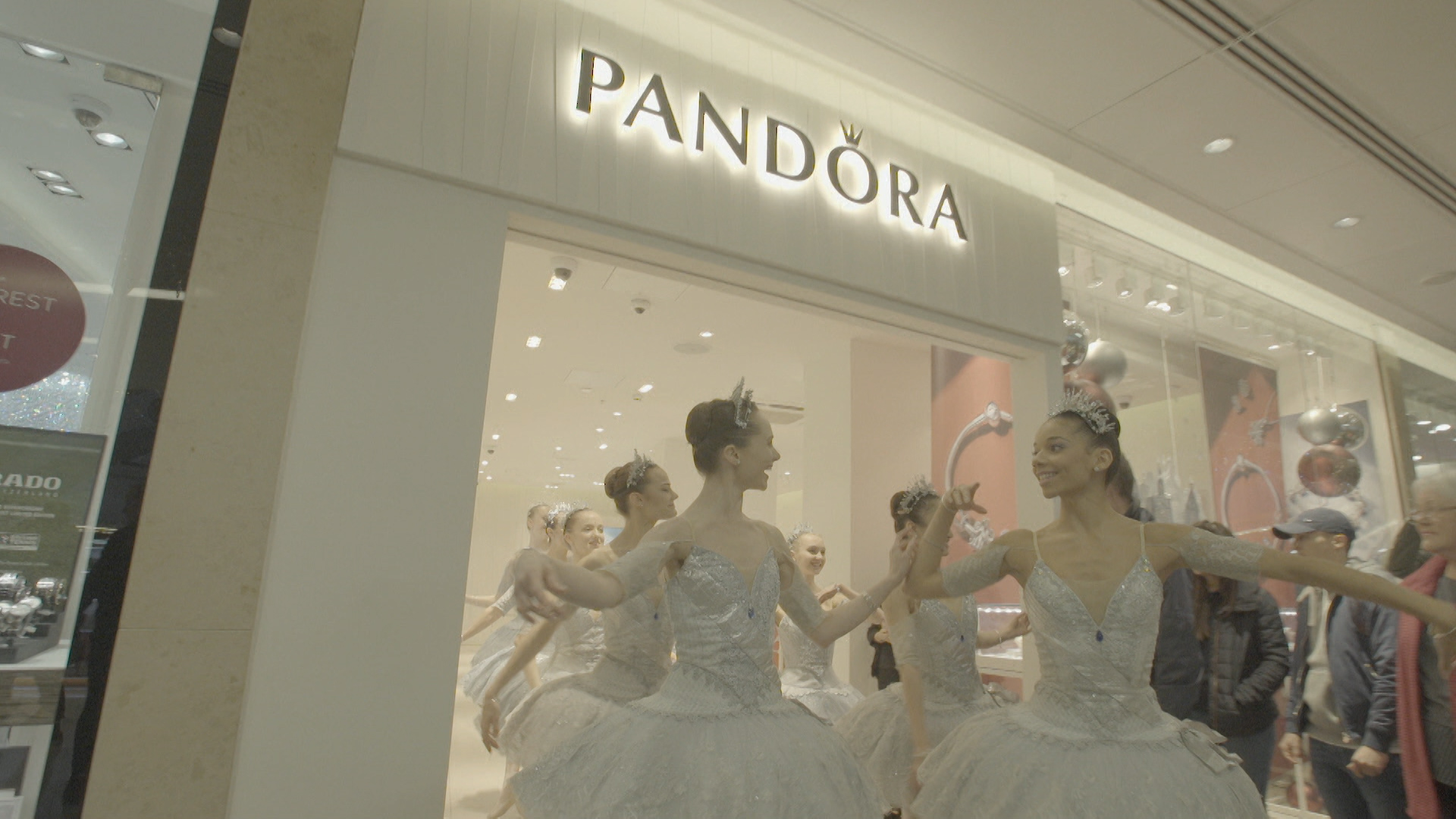 Working alongside our good friends at Kode Media and Director Niall Coffey we delivered a live streaming production for this flash mob. Set in Birmingham Central Station, the Ballerinas descended onto the station floor from the Pandora Store to join the Choir.

Niall and Kode asked us to help turn their multi-camera promo into a live cut stream. Working with their 4 camera operators we built a wireless camera package on Sony FS-7 & FS-5. We also built a basic but strong PPU including ISO recorders for main camera and 2 X PGM. Our Custom Stream Encoder, Panasonic Production Switcher all tied together with wireless talkback.

At first it was a challenge to build the fly away in a public space but we managed to design a compact and simple system that allowed us to be small form and hidden away. We provided a live Director to work alongside Niall and vision mix the feed together with our team of Vision & Stream Engineer’s.