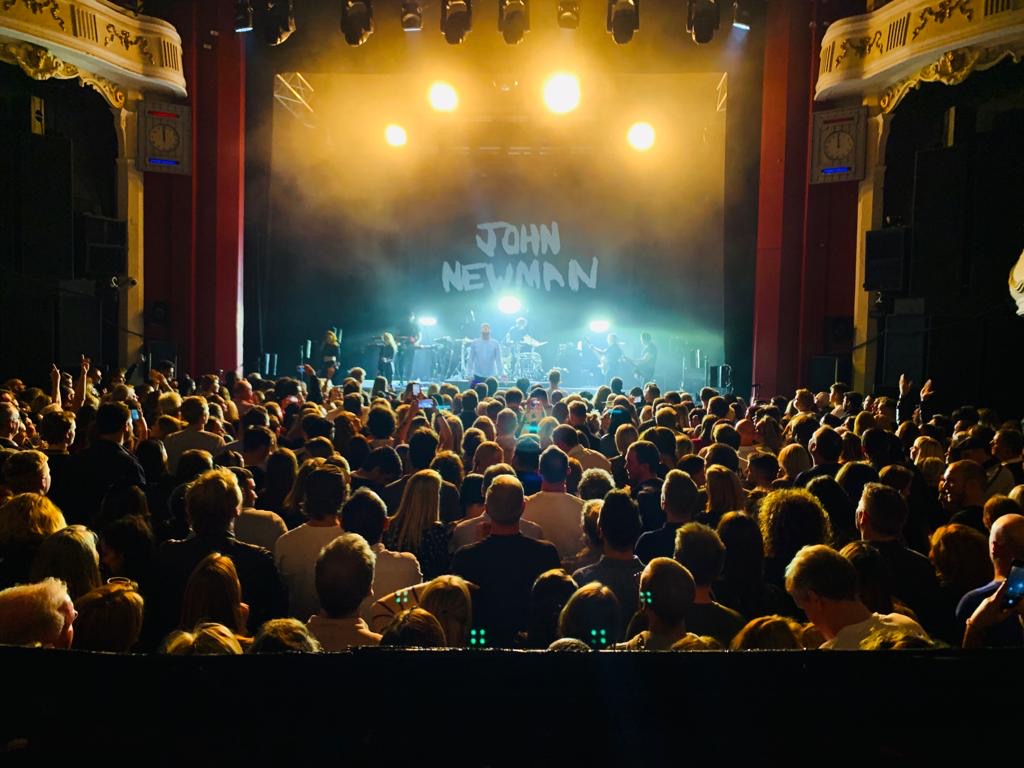 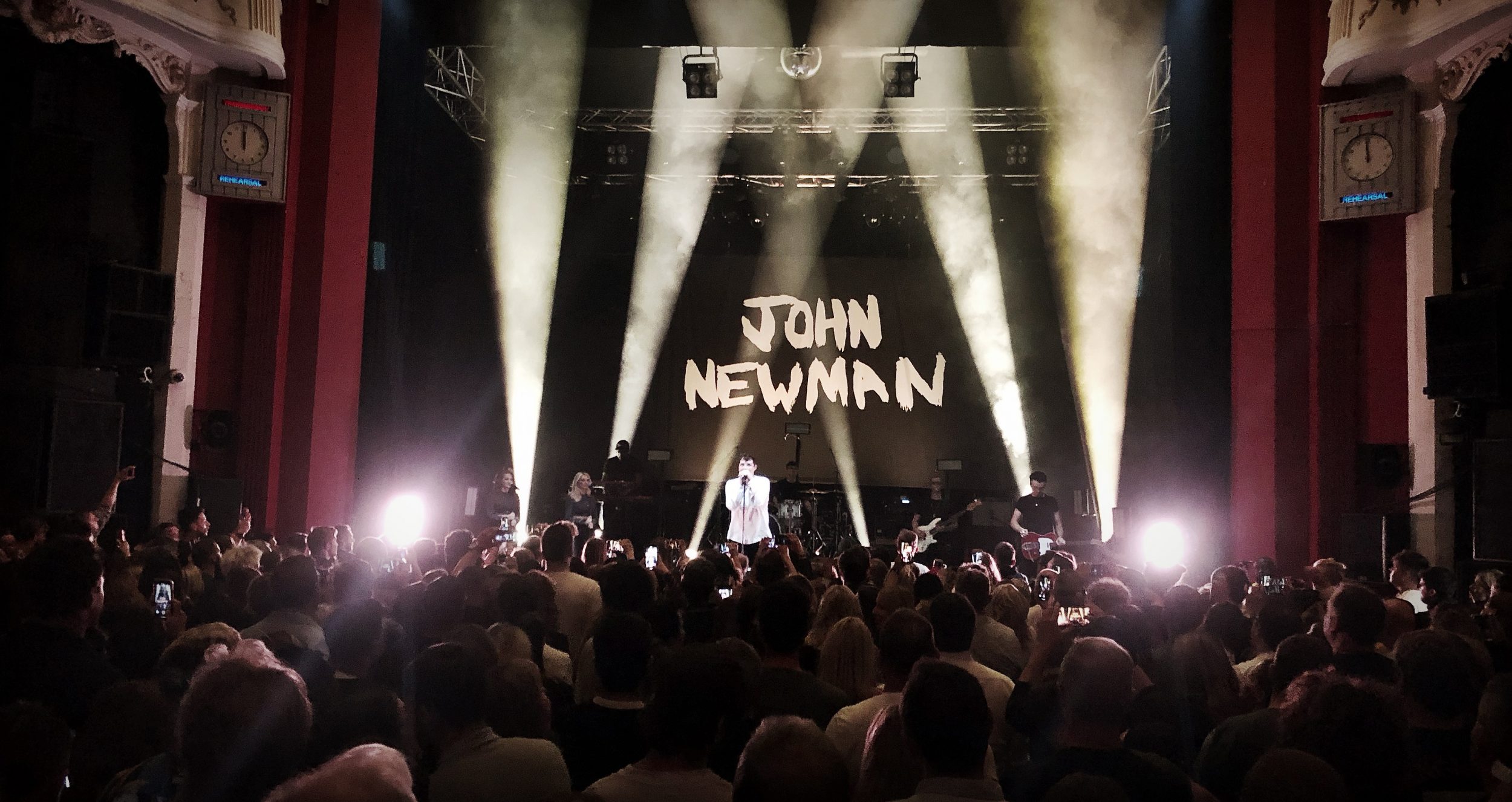 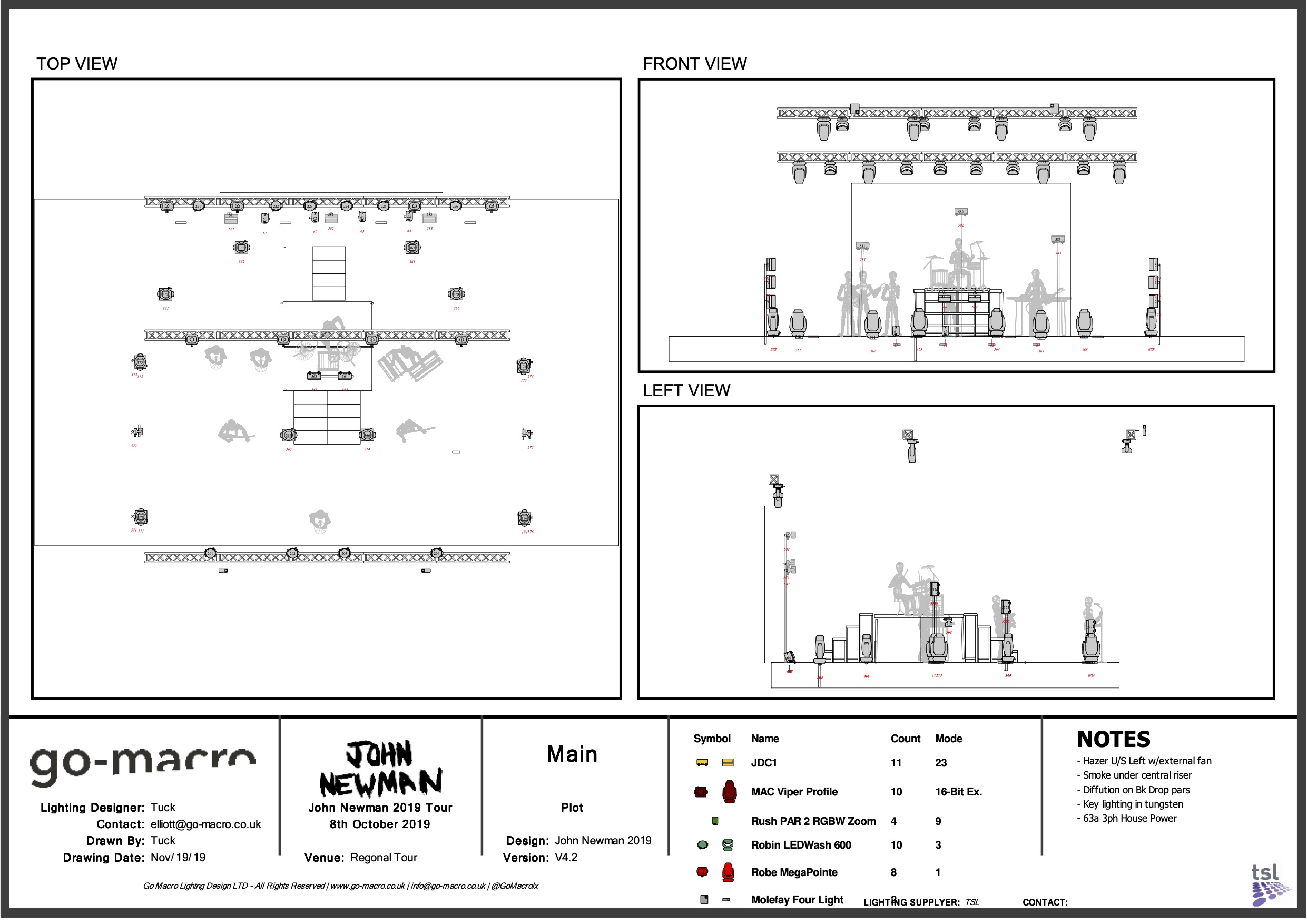 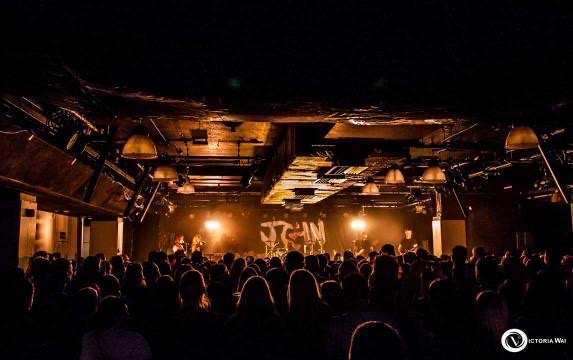 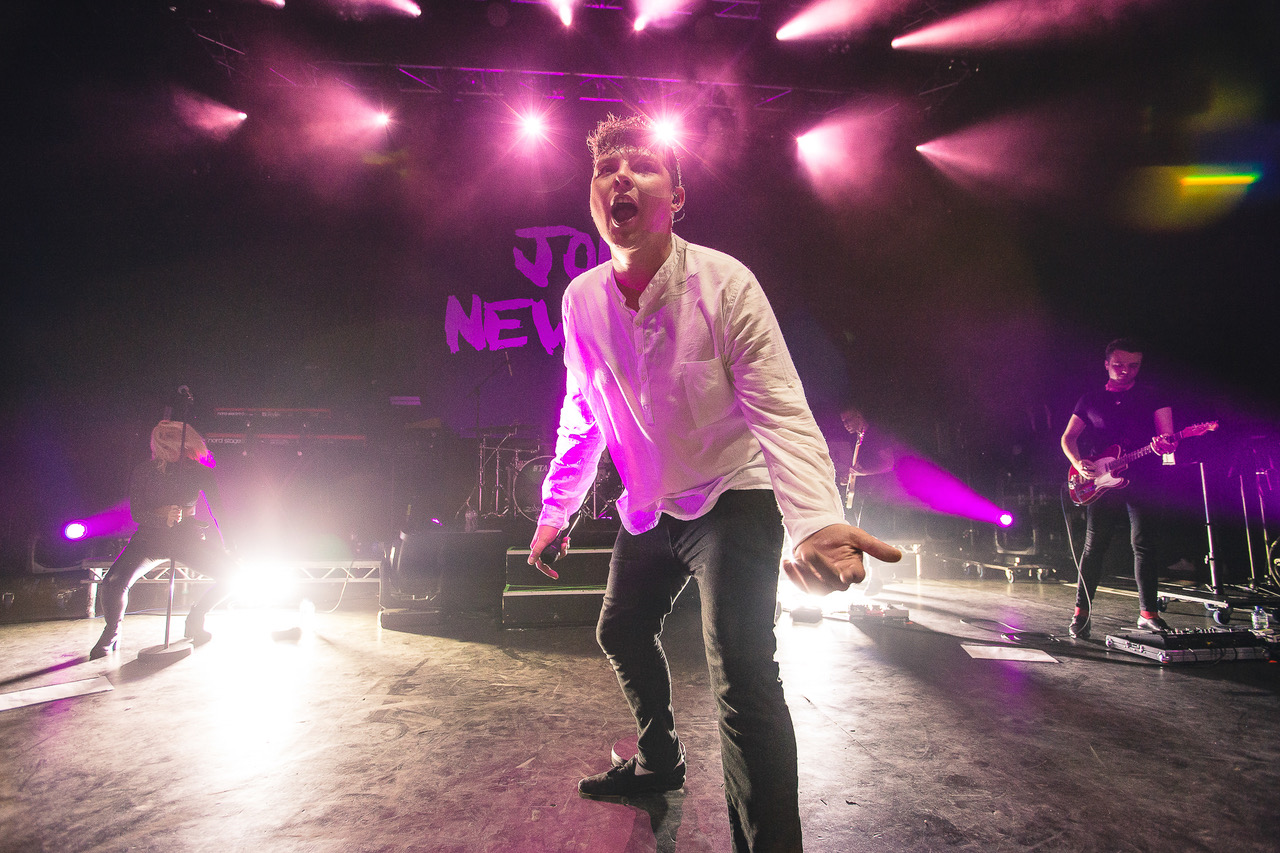 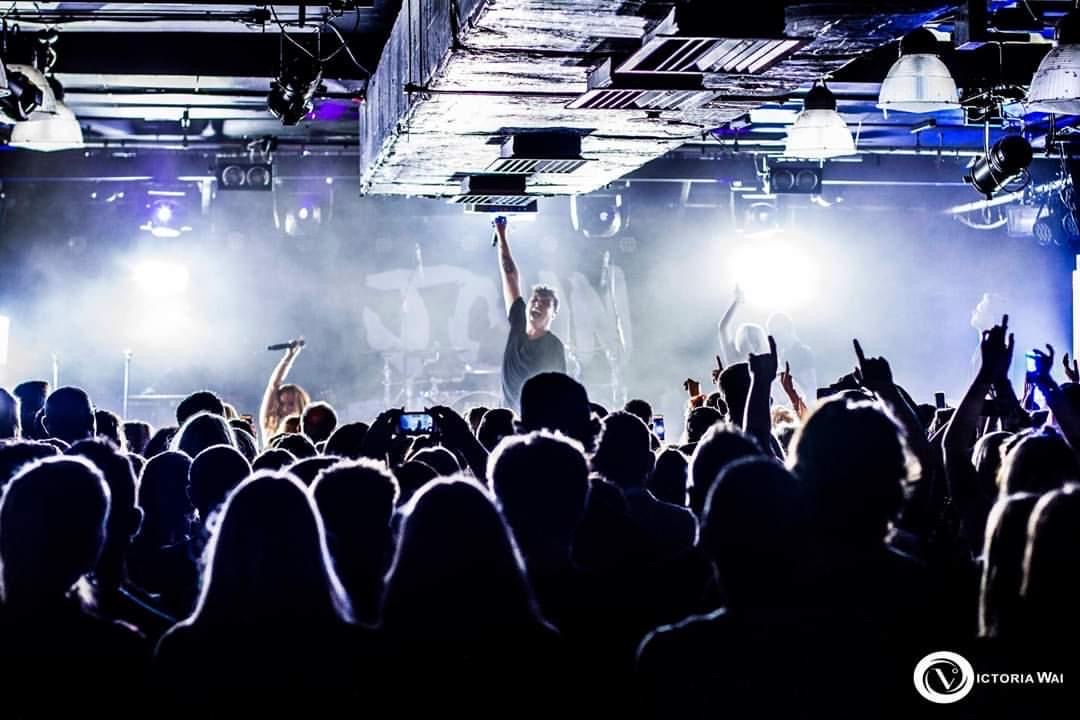 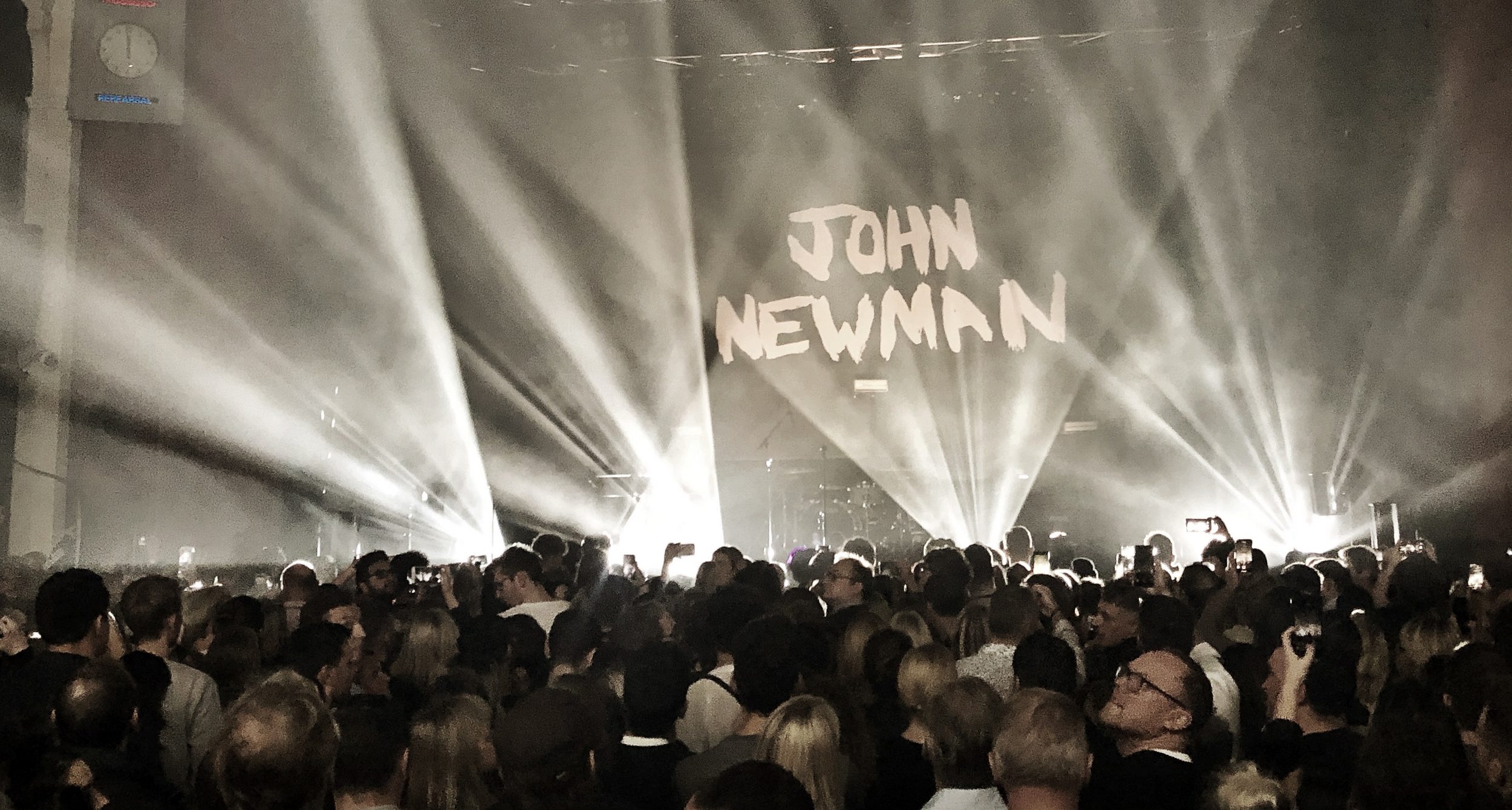 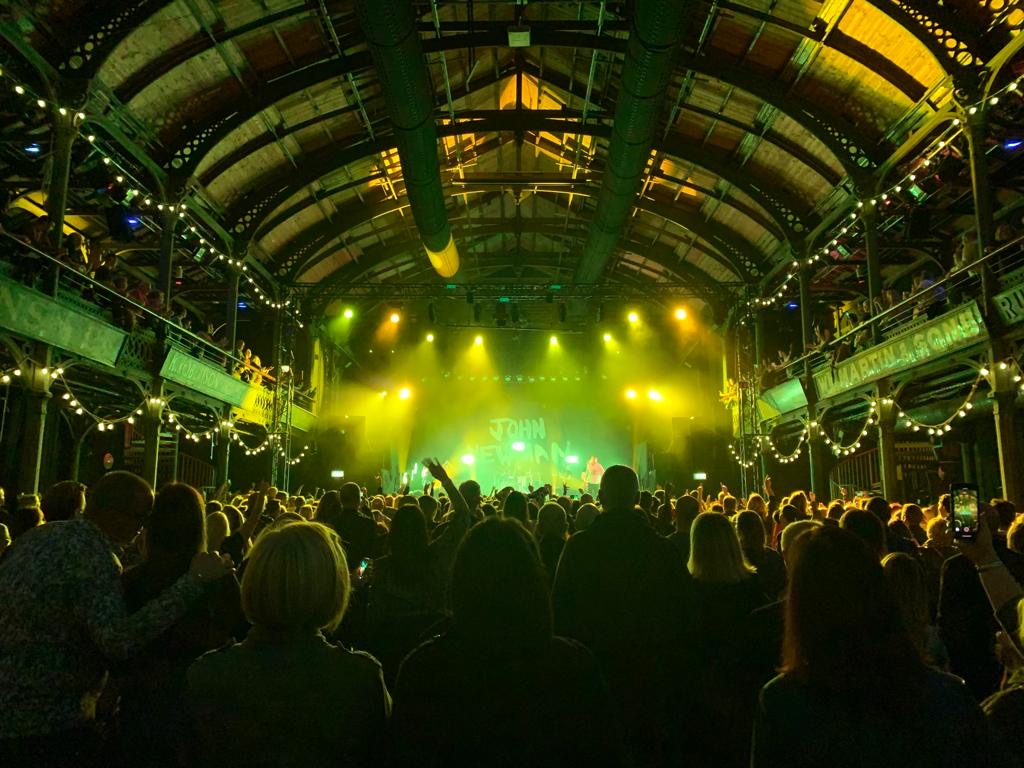 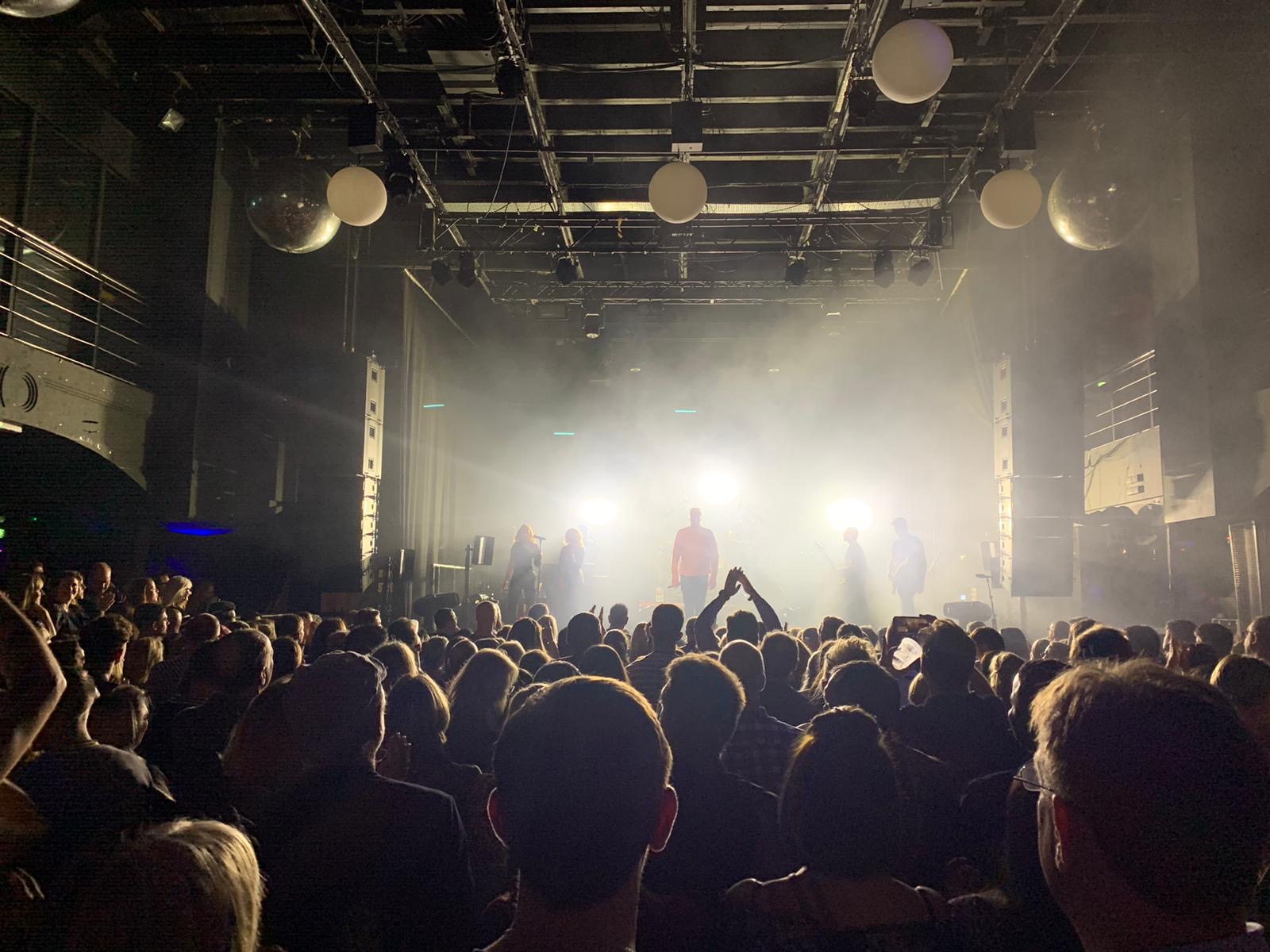 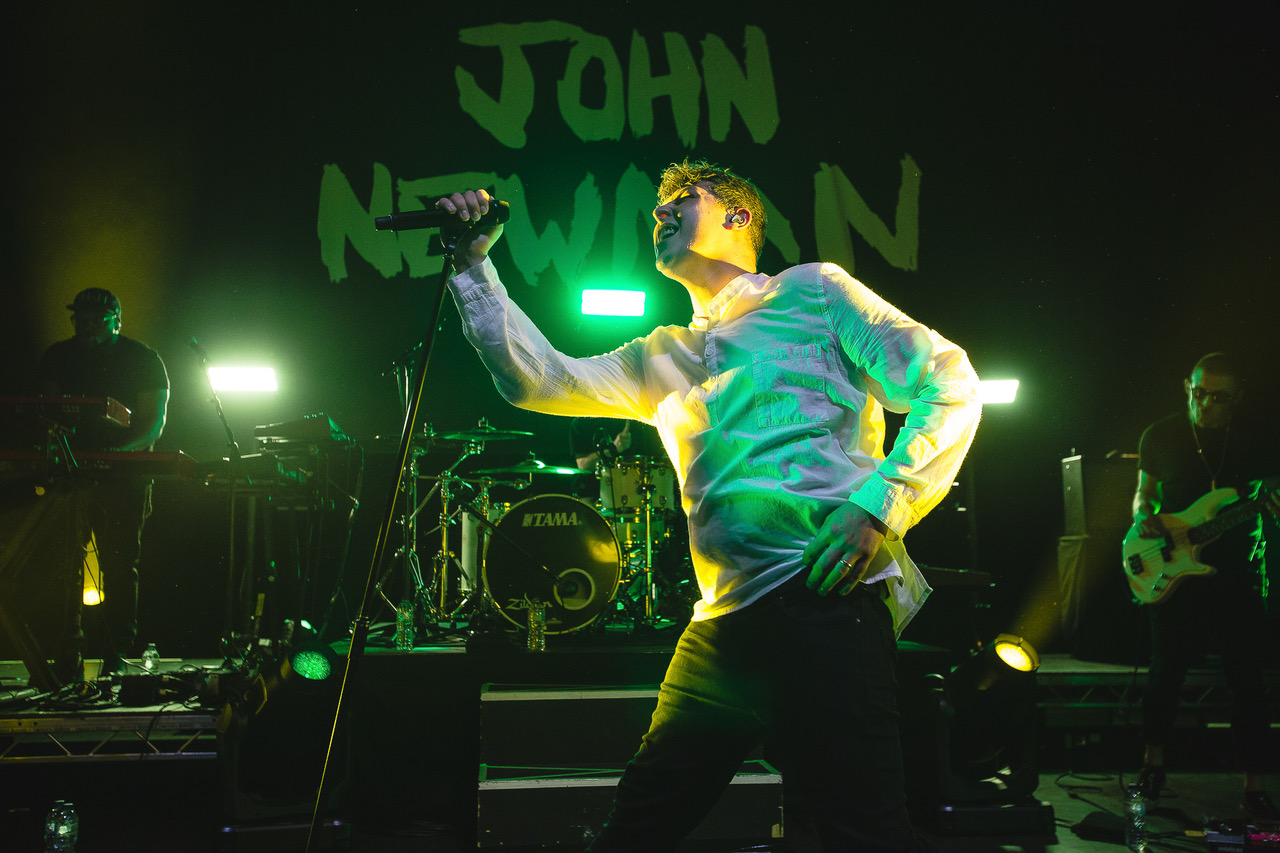 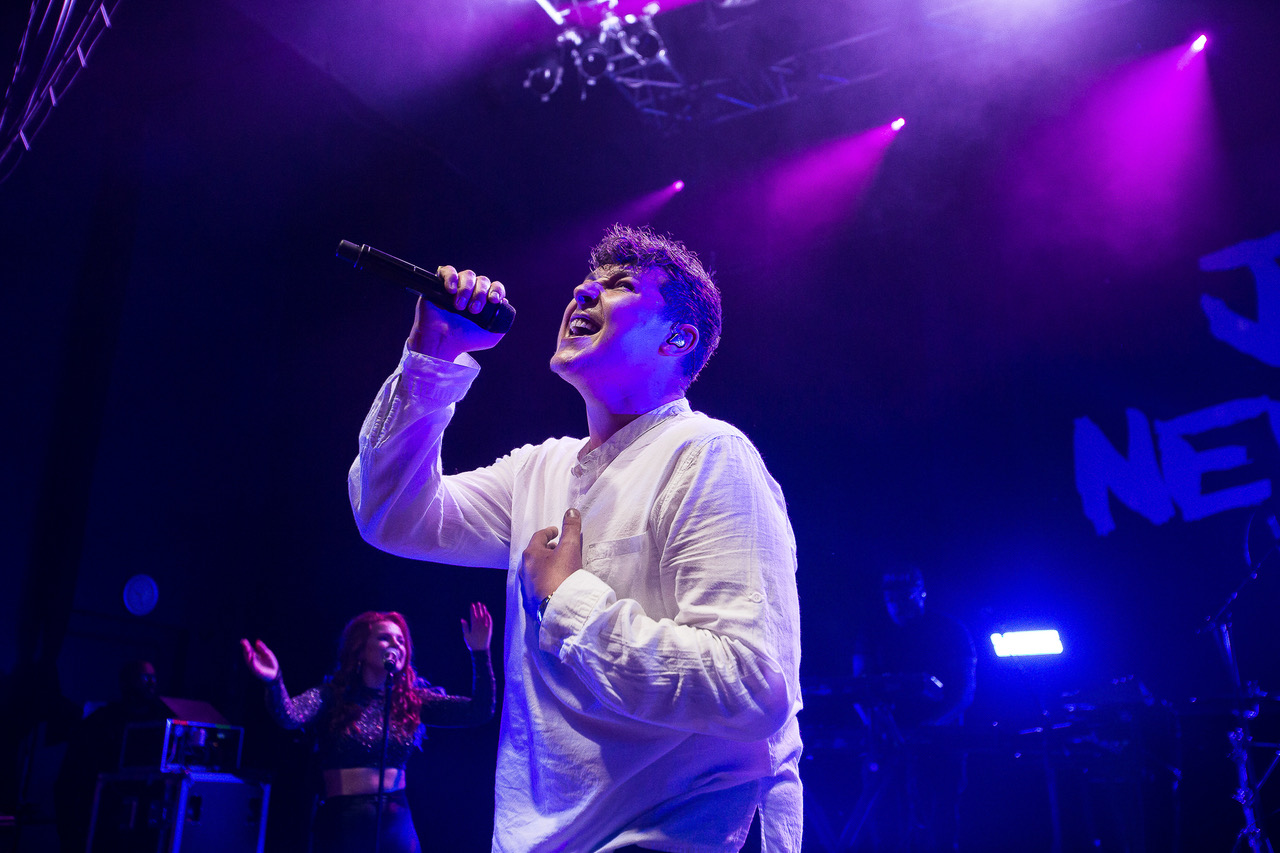 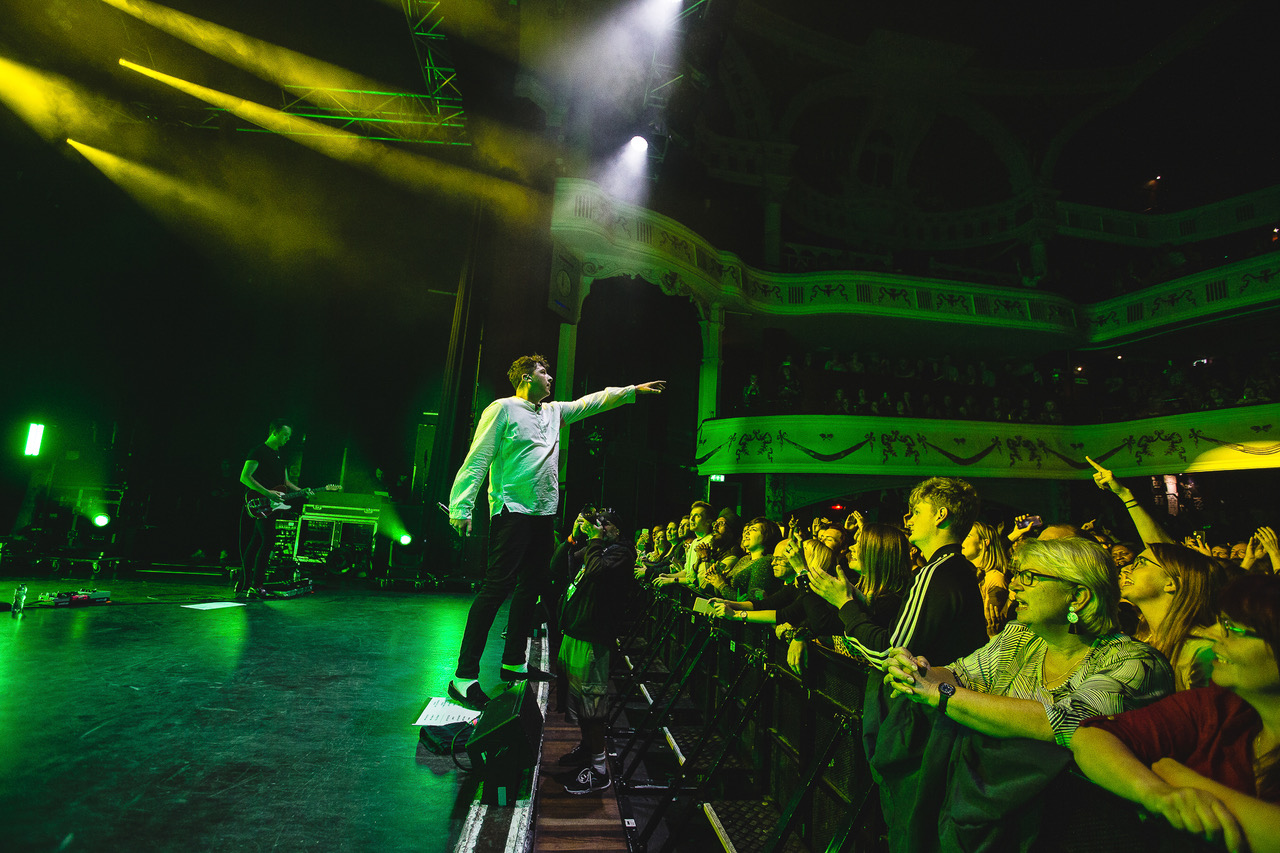 This summer we went back out on tour with Mr John Newman, we have been touring with John for a few years now but this was our first production tour with him.  On this tour John was trying new music and style of show, with it feeling a lot more included and intimate with his chats and ‘banta’ with the audience.

When we first chatted to John about the design we decided we wanted some thing simple, eye-candy and separation from the band, all U/S, and John.  I set out working on the design, knowing that we where only going to take a floor package and make do with the house top grid.  I came up with a slightly modular design, making it easy to drop parts off for smaller stages on the tour.

We ended up with a floor package of GLP JCD-1’s and Martin Mac Viper profile, with a couple Martin Rush Par zooms to uplight the backdrop. Using scaff uprights we had a semicircle around the the stage, 3 on each wing and 3 across the back, each with a JDC-1. We also placed 2 more under the drums riser to give another element.  There was then 2 Mac Viper in each wing, 1 set at Johns D/S level and the other set more U/S to favour the band. With 4 more Vipers across the back of the stage, with a large gab in the middle.

The rehearsals and start of this tour landed just before Tuck finished his holidays. so while in LA Volt Lites let him use their beautiful MA3 WYSIWYG suit for 4 days.  Leaving dep LD Jonathan Massena de Camin to step into a brand new production blind, witch he dealt with amazingly, ironing out all the little snags that come with out a production rehearsal.

Our floor & control package was supplied by our good friends at TSL Lighting, providing;